I’m a big fan of Jeff Vandermeer’s Southern Reach trilogy, and thoroughly enjoyed the delightfully fungoid Finch, so my Christmas request last year was his newest - though not new; I’m behind the curve as always - Borne. 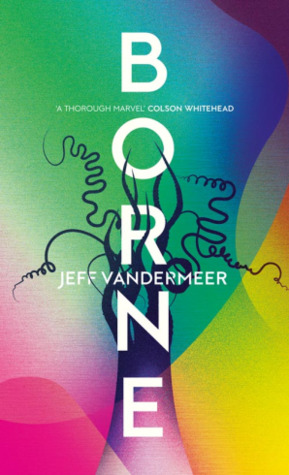 If you’ve read any of Vandermeer’s previous work you’ll know the running themes to expect: weird biological mystery, an uncertain world, traces of body horror and a fluid approach to identity all wrapped up in a gloriously steaming mass of freakish details.

In the case of Borne, all that and also bears.

The book is told as the personal recounting of Rachel, a scavenger in the ruins of a city ravaged by rogue biotech and the creations of the Company, who used it as a development base until one of their inventions (or conversions), the gargantuan bear Mord, turned on them and wrecked everything.

One day, climbing Mord’s fur (“gargantuan” isn’t an understatement) to look for salvage in the dust and rubble that clings to him, she finds a weird polyp/egg/seed and takes it back with her. That seed grows into the creature she calls Borne. And so things spiral from there in ways I won’t go into.

It’s fascinating, bizarre, unsettling - and in Borne himself, remarkably engaging. The backdrop - particularly the Balcony Cliffs - is never less than atmospheric and interesting, and remains tantalisingly unresolved in places. If I were to have any gripes, it’s that the Magician (a sort of secondary-ish antagonist) does less than I was expecting and isn’t quite the threat she’s built up to be - and her children are, but that’s very much small potatoes (and also possibly a factor of such a tight, individual POV). It’s a cracking book.