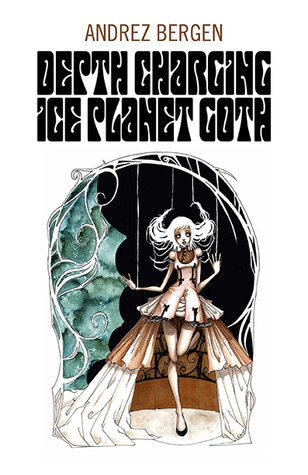 These are things to bear in mind.

I also really, really liked WHO IS KILLING THE GREAT CAPES OF HEROPA?. Because Andrez is a really, really good writer. And that most precious of beasts, a writer with a pretty much fearless imagination. And a nice guy.

That’s also something to bear in mind.

The short, short version is that I really liked DCIPG too, not quite as much as HEROPA, but it’s still a fine book and you should purchase it with your moneys when you can, for definite. You will not regret it.

Explaining why I liked it “not quite as much but still a lot” will require the use of elaborate techniques to avoid spoilers and you probably won’t understand what I mean when I say half this stuff.

That’s the final thing to bear in mind.

OK. So. DCIPG is a Bergen-standard blend of genres (HEROPA’s probably the only easy-to-classify one, and even that has elements of others). It’s part teenage coming of age drama about a 17-year-old girl in 1987 Melbourne with an abusive brother and a recently dead mother. It’s also part FIGHT CLUB. And part HEATHERS (which is coming of age, of course, but with a hefty side order of psycho). And part… FEAR AND LOATHING. Ish. Or Philip K Dick. Look, shut up; I’m struggling for analogies.

The first two thirds concentrate on the (sometimes hideous) school and home life of Mina, her clique-y circle of friends, the new kid at school who disrupts all this, and her family and past. It’s a slow burn, but it needs to be, and Mina comes across as totally believable and sympathetic. Nicely complex, too. (Note: believability relative to my lack of never having been a teenage girl.) Good things happen, bad things happen…

And then there’s a fairly abrupt shift. The story takes a big jump into very different territory (for perfectly good reasons), and I was thrown a little. Then it jumps again, and Mina’s life is very different and new to her, and… I wasn’t as sold on New Mina as on old. One character central to her story before had also shifted and had a past and… again. And then she sort of shifts back to Old Mina, and it turns out some of Old Mina’s former friends and relations are very different than she’d imagined. They reveal all to her and… she ends it. Sensibly, I might add, and I felt back on firmer ground. The actual close to the story itself is superbly judged, too.

So. As you can see, it’s a fine book (hence 900 words of review). And definitely the most wildly inventive teenage girl grows up book you’re likely to read this year. You can tell for yourselves by buying it when it’s out, and then you’ll also know for sure what the hell I’ve been talking about. Which you should. Buy it, I mean.