Reviews: NO COUNTRY FOR OLD MEN and AUTHORITY 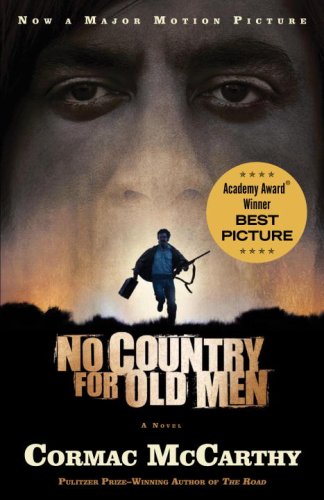 A little-known book by an obscure author. McCarthy should go far! Seriously, though, this is very good. The first McCarthy I read was The Road, last year. This is obviously a very different story, touching as much on what it means to keep the peace and break the law as it does on the actual events surrounding Moss after he makes off with two million dollars from the scene of a desert drug deal gone bad.

The central good guys are well-drawn and sympathetic, and while the psychopathic villain veers perhaps towards being too villainous at times, he’s certainly convincingly menacing and holds the pursuit plot together.

My only gripe, if I had one, would be that after following him through so much, Moss’ eventual fate is settled off-camera. I’m sure there’s a reason for doing it that way, but I can’t figure it for the life of me.

Good, though. Very good. It won’t be the last McCarthy I read.

Having belatedly found out that Annihilation was the first in a trilogy, I’ve now read the second. Authority follows Control, the man sent in to the Southern Reach to sort out the mess left over from the events of the last book, and to do so while answering the peculiar demands of his faceless superior and trying to maintain his sanity in the teeth of the otherness that is Area X.

If the first book was body horror and psychological crumbling, this is full-on Cthulhoid descent into madness territory, mixed with a little Kafka. And it’s very good, Lovecraft with better characters, smoother prose, none of the writer’s weird hang-ups creeping through. Control starts off as antagonist to the Biologist from Annihilation - he’s there to interrogate her on her return - but facing dual antagonists of his own in the form of the assistant director, Grace, and the lingering insanity and obsession at the heart of the Southern Reach. By the end, he’s come around completely, and his struggle to survive an escape what threatens to consume him is one you want him to succeed at.